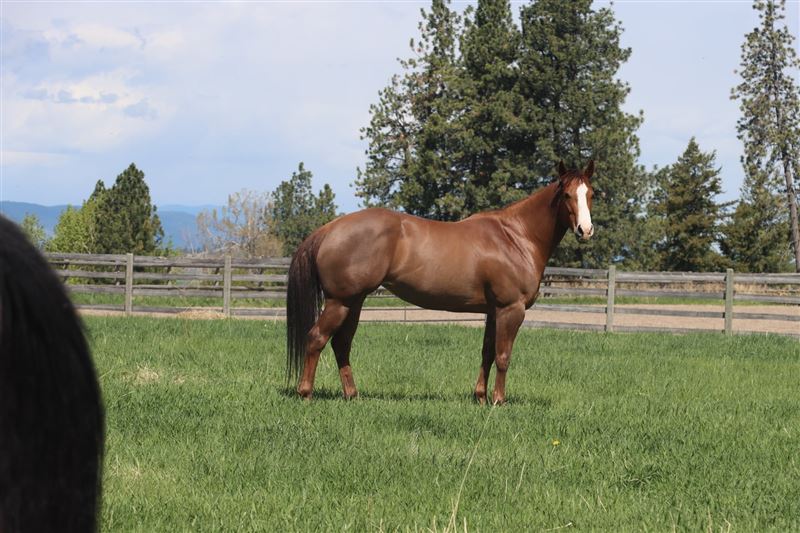 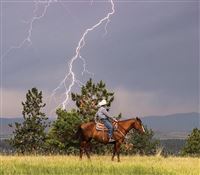 TRAVELIN TA FAME is sired by DASH TA FAME who needs no introduction, she is out of PRECIOUS LIL PEARL, LTE $110,744 in NCHA and has produced over $30k with limited performers. Another impressive thing about Fame’s bottom side is there isn’t one mare on her dam line who isn’t a money earner or producer. Talk about mare power!! Fame is a massive mare with a ton of size and substance. Fame was started later than she should have been just due to lack of time on our part. But, she has a good foundation so that she can be taken any direction if you decide to take her back to the show pen after she foals. She is starting to get soft and move off your legs and can be ridden outside. She is very gentle and nice to be around. Super easy breeder, took the first try with no issues. She is also good out in the pasture with the other horses. Fame is confirmed in foal for an April 2022 foal sired by A Streak Of Fling (si 98) who is a Leading Sire of Barrel Horse Money Earners with progeny earnings over $5 million. This should be an outstanding prospect with a ton of athleticism, eye appeal and brain.
Foal will be eligible for:
INCENTIVES:
Future Fortunes
Triple Crown 100
Ruby Buckle
Royal Crown
The Breeders Challenge
Select Stallion Stakes
VGBRA
PESI/WPRA
Cornhusker Futurity
JJ Classic/UBRA World
MN Futurity & Maturity Breeders
Southwest Desert Classic
BBI Futurity
Go For Broke – Full House Incentive
Cowboy State Stallion Incentive
Grid Iron Futurity
Colorado Classic
Western Fortunes (Canada)