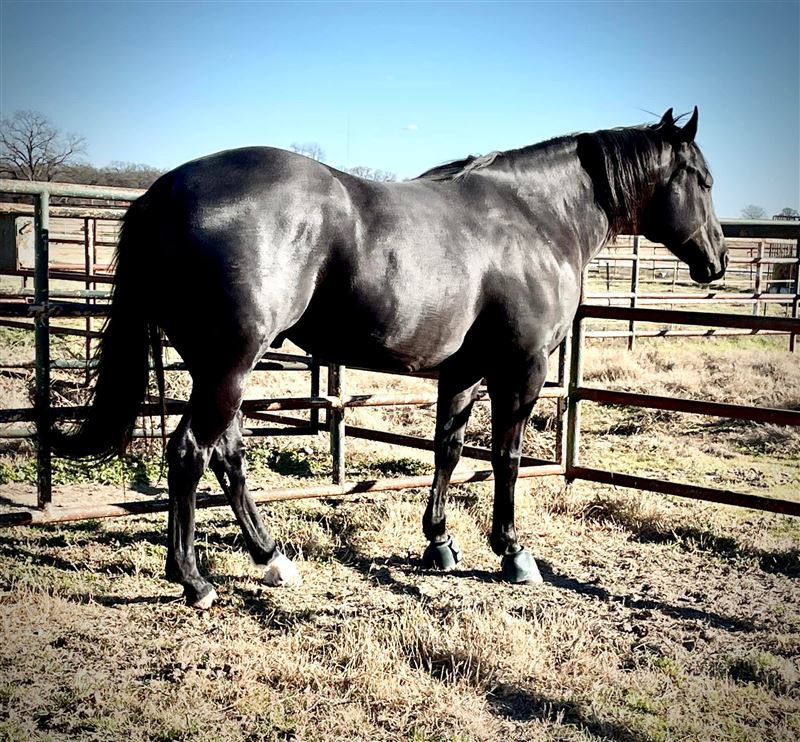 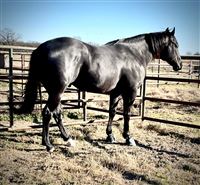 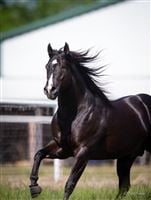 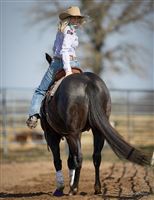 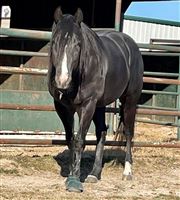 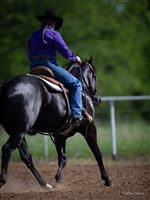 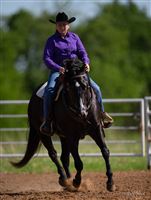 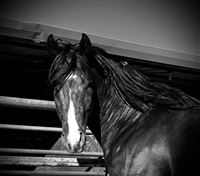 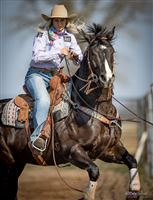 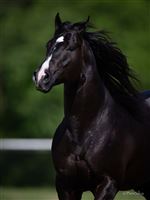 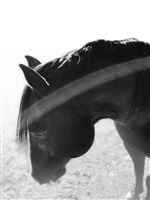 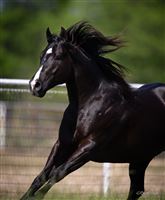 Famous and Shameless is a black (Eeaa) 2016 stallion by Dash ta Fame and out of 1D futurity producing mare Shawneia, an own daughter of Shawne Bug. He is a bit over 15.1 hh and weighs 1300 pounds with BONE. If you want mass in your foal, this stallion is for you. He is five panel N/N, IMM N/N, and Lethal White N/N and EVA negative. He is listed with the ApHC and APHA as well. Foals are eligible for Breeders Challenge, Select Stallion Stakes, TQHA, and C Bar N Futurities/Incentives with plans to enroll him in more incentives later like Future Fortunes.

His first foal crop was born in 2020. All of them have his bone and mass and good mind. The first of these will be started under saddle this spring. They have all been easy to halter break and teach and are now yearlings. He has also been bred or is being bred to top notch mares including a Frenchman’s Guy x MSM daughter, a 1D daughter of Bully Bullion, a Reserve World AQHA Champion, a daughter of 1D producing daughter of Feature Mr Jess, an NBHA state champion mare, a First to Shine x Pie in the Sky daughter with 15k track earnings, a Panther Mountain x Bully Bullion daughter who is sister to Dash ta Glamour, a black 1D money earning daughter of AR Star x Runnerelse (half sister to stallion Hankerelse, and other 1D and 2D money earners including cowbred mares.

Famous and Shameless faced some injury setback so got a bit of a late start in barrels but was able to campaign in early 2021 futurities with Morgan Anderson and spent 2 years in training with Liana DeWeese being patterned. He is a futurity and open race money earner in both individual rounds, the average and at jackpots. He has run in the middle of the Futurity 1D at the last couple large futurities he has been entered at (200+ runners) in April and May 2021. He did experience a significant illness in May 2021 and was brought home to rest. He will return to performance after the 2022 breeding season.

Famous and Shameless' progeny are going to be great because his own pedigree is so packed with success. Leading barrel racing sire Dash ta Fame needs no real introduction with earners of $23 million in barrels. Even better Famous and Shameless is absolutely a proven cross since Shawne Bug daughters are the #8 magic cross on DTF with total earners of over $522k and average earners of $29k including Famous Heartbreaker ($228k), Fames Licorice Kiss ($115k), Its Complicated ($60k), Bug Dasher ($37k) and Born ta Fame ($22k). Shawneia is an own daughter of Shawne Bug, still the #9 leading broodmare sire of the decade, and though injured herself while still a baby, has produced 1D and Futurity money earner with a youth rider Chasin Ladybugs, 2D money earner Izena Bug, and youth money earner Mocha Bug. Shawneia is a black homozygous mare herself and has siblings who earned over 97k on the track with the rare old school bloodlines inclusion of both Kiptydoo (a TB stallion in the AQHA hall of fame for his influence on QH bloodlines and sire of Kiptys Charger) and Bobbette Reed (a daughter of Joe Reed II) on her papers.

Famous and Shameless also ships well with 90%+ motility in cooled semen and 50-70% motility in frozen semen and the ability to breed from 5 to 11 mares per collection. Semen analysis is available upon request and is handled by Crown 3 Equine. He has successfully bred two embryo transfer candidates as well with both frozen and cooled semen. Live cover is not available. Cooled and frozen semen are available this year and we can ship to Canada.